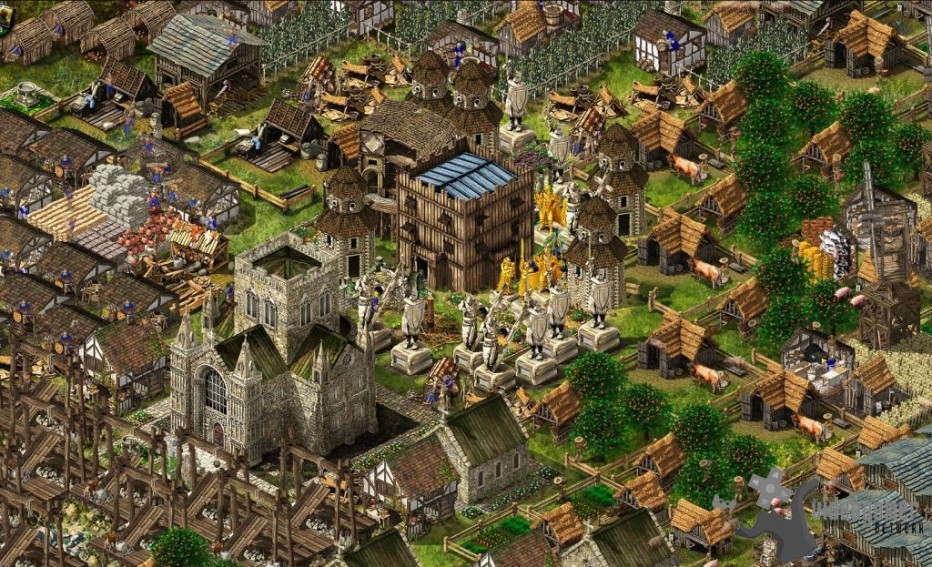 Stronghold kingdom is a brilliant and most influential multilayer online strategic game with a medieval castle theme. British game developer company own Firefly Studio, who presents its production upon the commercially successful pc game stronghold series of game. Production: In 2007, Development of the game was started, after two years of continues work production team ..

Stronghold kingdom is a brilliant and most influential multilayer online strategic game with a medieval castle theme. British game developer company own Firefly Studio, who presents its production upon the commercially successful pc game stronghold series of game.

In 2007, Development of the game was started, after two years of continues work production team was tested its online version and launched it publically only for 150 user, Initial 150 player were started the game; these were the volunteers and pioneer of the online stronghold kingdom. In 2012, Firefly Studio released it beta version and launched stronghold kingdom publically. Now after two year stronghold become a massive gigantic online game.

Stronghold kingdom is mainly has medieval theme of war among the houses and fraction. A user has to built and design village and take it to castle, prepare army and fight war. Stronghold Kingdoms incorporates a variety of architectural, economic , military , agricultural , mercantile , industrial and political elements which challenge players ability to prioritize. A player via building rank step forward to takeover other village , if two or more player want to deployed attack they can negotiate and can take control of the parish, either with force by erasing opposing player village from that parish. A user can reinforce him by completing his search in variety of category and field. Communication with your neighbors is vital to a player’s advancement, it add a more sense of real-time interaction.

Stronghold Kingdoms is free to play for everyone , not this but also set of free cards are given to every user in every week depending on the criteria which he achieved. Except of card , token also can use to enhance the game play, premium token gives user the option to automate some of actions between the game play, if one is offline he can Auto scout, attack, trade and recruit while a crown is only can buy during busy game play or in war time.