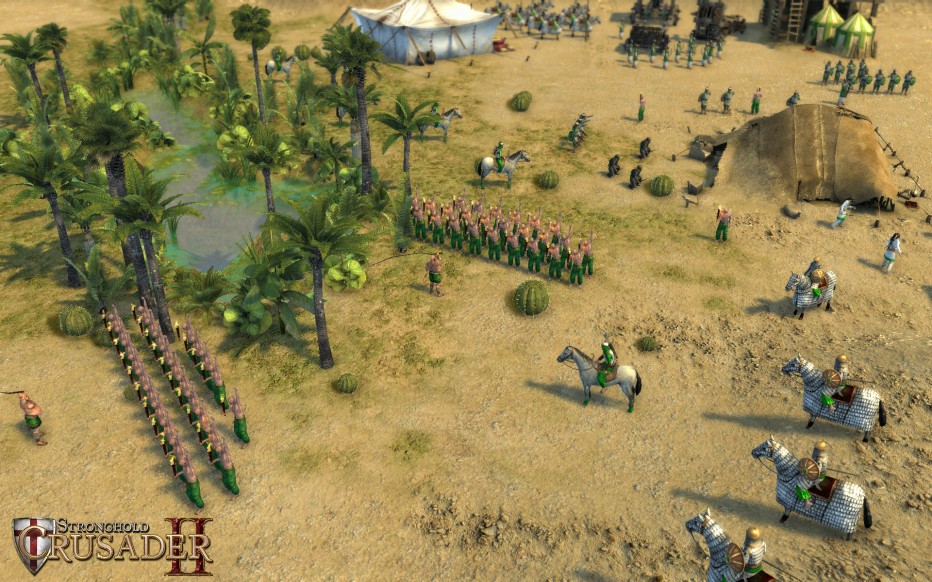 Firefly Studio is going to present its latest Stronghold Crusader 2 in 23 September 2014. Its previous version same name with “Stronghold Crusader” was much appreciated and remained successful comparatively other strategic games. Eight years after long wait, sequel of the game is going to be release. As the time growing nearer, well the player ..

Firefly Studio is going to present its latest Stronghold Crusader 2 in 23 September 2014. Its previous version same name with “Stronghold Crusader” was much appreciated and remained successful comparatively other strategic games. Eight years after long wait, sequel of the game is going to be release. As the time growing nearer, well the player enthusiasm is also getting charged more. As with previous titles in the series, there will be a full map editor for users to create and share custom maps for the game. Robert Euvino was its previous lead developer who worked on previous titles in the series, now he is adopted this time whole new level of the graphic. A player will require minimum 1GB free dedicated graphic memory for the game play. Not only just done but also Robert worked on composing an all new range of soundtrack for the game.

Latest technology like Havok physics, a new 3Dengine and fast pace used for more real game play and for avoid waiting more building your castles and cities , this inherited for Stronghold second part True to its roots this new Stronghold will define old school real time strategy, combining RTS and city builder game play. Crusader 2 will feature both a Crusader and Arabic historical single player campaign at launch. Richard the Lion heart or the Sultan of Syria in two historic single-player campaigns The game will mainly be based around skirmish game play, similar to the original Stronghold Crusader title with dynamic events such as tornados and locust swarms. Crusader 2 has been on the mind of Lead Designer Simon Bradbury since the release of Stronghold Crusader in 2002. Players can also expect new visuals, a reworked battle interface, new AI characters, environmental threats, new units and real-time physics