MIND BLOWING FUTURE TECHNOLOGIES IN INITIAL STAGES In this era, the science and technology is a major part of our lives.we are living a luxorious life due to technology advancements every day. The technology is however is in the initial stages these days.We can definitely take advantage of the following things in the coming decades ..

In this era, the science and technology is a major part of our lives.we are living a luxorious life due to technology advancements every day. The technology is however is in the initial stages these days.We can definitely take advantage of the following things in the coming decades of future. Lets enjoy the amazing list of technology. wonders coming in the future.

Google glasses is a research project which had a recent demonstration in United States. This technology by Google is called augmented reality head-mounted display (HMD). You can interact with these products with hands free and with language voice commands. These glasses will be no ordinary glasses, they will contain an operating system which is Google’s Android OS.

It is a project by Google Inc. The technology is going to make a long term dream come true. This car is going to drive itself. No driver is needed for this car. The legendary engineer of Google Sebastian Thrun is leading this project. He is the co-inventor of co-inventor of Google Street View as well. He is also a director of Stanford Artificial Intelligence Laboratory.

This face cloning project is researched by Disney research. Developing abricating synthetic skin with the help of new technology will amaze theworld. The cloned face will give the new meaning to the medical science and army as well.

This will be an airbag that will replace the traditional bicycle helmets . The super style will be in the scarf that will be worn around your neck. This will be an invisible helmet which is developed and researched upon by a Sweedish company.

This technologies is for face scanning. This device can do a good work in the crowd where you cannot escape from a face scanner. This can track the face of every individual and this happens live. It will calculate all the stats about a particular person and will email it to whoever wants to know. This is going to be a great security revolution. 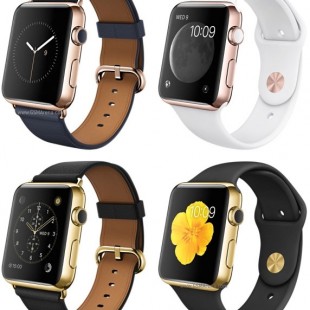 Introduction Following the impressive statistics from the Smartwatch industry here we have a report showing strong potential for growth in next years. As expressed in the report the smartwatch market is expected to meet a high growth in shipments while Apple is sought beating all others to take...