Since there are many definition of “cloud” , learning about cloud computing could be irretentive and difficult to understand, but as much as difficult it is, learning and behavior of this technology is widely implemented these days which made it interesting without going further in every little details. So we are going to talk about ..

Summary 4.6 Great
Remotely Access 5
Security 5
Ease to Use 5
PC Version 5
Reusability 5
Summary rating from 1 user's marks. You can set own marks for this article - just click on stars above and press "Accept".
Accept
Summary 5.0 Great

Since there are many definition of “cloud” , learning about cloud computing could be irretentive and difficult to understand, but as much as difficult it is, learning and behavior of this technology is widely implemented these days which made it interesting without going further in every little details. So we are going to talk about a facility which related with cloud computing platform and its infrastructure. This facility is owned by Microsoft and named as Microsoft Azure; it is used for building, deploying and managing applications and services through a global network of Microsoft-managed datacenters

There are two major infrastructure which Microsoft azure provided with this facility, first one is Platform as a service also known as PaaS , this used set of software subsystems or components to provide computing platform for the sake of cloud computing services. This facility run along with “software as a service” also known as SaaS, without being confused this an other name of set of subsystem software to help managed cloud computing platform. Second utility or facility is called Infrastructure as a service also known as Iaas, Iaas acted as basic cloud service model & provide resources related with physical or more often with virtual machines.

Implementation of Microsoft azure cloud be done by its own specialized operating system, to run its “fabric layer” in other words by making it quick easy, Microsoft azure can defined as a “cloud layer” work at initial level or work on top of a number of Windows Server systems. This cloud layer can be said that use window server and customized version of window server who support Hyper-V . In case of server crashes, there is a facility “Microsoft datacenter” is has available to console and provide management of web application user, a wide example could be provided as the management of the memory resources and load balancing .

There is general concept about Microsoft azure is consider that it only provide support for .net framework, its true precisely but not whole truth. There are features we can conclude which are distinguish to be available for .net playground but there are a versatile board of support available for different operating systems Windows to Linux, SQL Server to Oracle, .Net to Java, PHP, Python, Ruby, Node.js, Hadoop. Microsoft has claimed Microsoft Azure over Amazon web services that azure is better is way that Today there are many cloud platforms are available at internet to serve you building different cloud apps and each of them is available with very renowned vendors name like Amazon, IBM, and Google but working on Azure can provide benefits which you can find at any other

• Familiarity of Windows: write application in window base environment
• 64-bit Windows VMs: each of the app instance run in its own VM on the 64-bit Windows Server 2008 operating system
• Azure SDK: facility to have Windows Azure Development Fabric, along with Windows Azure software development kit
• Scalability and flexibility:excellent ability to create reliable application, scale from 10 to 10 thousand or even 10 million users
• Cost benefits and pricing model: such of resources ultimately who allows you to decrease your costs for building and expanding your premises
• Data center in the cloud: facilitation to organize enterprise-class data without the hassle, headaches, and cost of maintaining such an entity.
• Support resources: well-established support structure such as TechNet and MSDN, along with the huge ecosystem of Microsoft windows environment
• Interoperability: excellent ability to create hybrid or mixed application facilitating with cloud services,as cloud database and storage services
• Design and Security: integrated identities for .net access control and Security Assertion Markup Language token used to allow access.
• Something for everyone: costume development purpose can be benefits, service area expansion for hosting provider 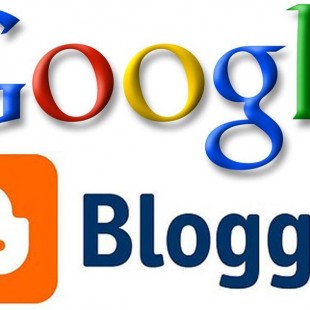 There was a time, when office files were managed at papers, after then a time comes when office was started with management of computer famous software most of them which are currently in use today but now a latest trend is developing among the computer user who were involved with managing their...