Hindi romantic comedy film Khoobsurat released across Pakistan and India on the date of 19 septumber 2014, Film was distributed under the banner of UTV Motion Pictures, Walt Disney Pictures, Anil Kapoor films company film is directed by Shashanka Ghosh and produced by Rhea Kapoor, Anil Kapoor and Siddharth Roy Kapur, One thing especial thing for this movie is that the Pakistani television star, Fawad Khan perform a lead role in this movie, its other stars Sonam Kapoor, Kirron Kher, Ratna Pathak and Aamir Raza Hussain. Romantic comedy produce in the budget of 35 crore, Khoobsurat was jointly produced by Disney India and Anil Kapoor Films Company.

According to the report of Express tribune movie gets great start in Pakistn, earn 30 million in three days, The film which marks the Bollywood debut of Pakistani television star Fawad Khan was released on 46 screens across Pakistan, according to the pious report of Khoobsurat had comprehensively beaten the Yash Raj Films produced Daawat-e-Ishq in advanced bookings in cinemas in Pakistan. One amazing thing about the movie that Cinema owners in the country have reported that the romantic comedy film had such high demand, ,movie fame is the cause of increase the number of shows per day which was initially decided three shows per day increase currently seven to eight shows a day. 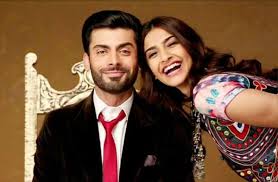 Regardless of the enormous start in Pakistan the movies have a normal start at the Indian film industry, compare to the Daawat-e-Ishq movie which star cast are Roy Kapoor and Parineeti Chopra starrer, Daawat-e-Ishq performing slightly better then the Khoobsurat.
It is expected that the Khoobsurat is relied upon to keep performing better in the nearing weeks in Pakistan because there is no more major movie release as competitor in Pakistan till Eid ul adha. So we wish best of luck for Pakistani drama star Fawad Khan for its better debut in Bollywood.

1997 American epic romantic disaster film  Titanic was directed by James Cameron. It stars Leonardo DiCaprio and Kate Winslet belonged to different social classes. The fate of the Titanic was ill when it sank in the sea due to hitting an Iceberg.  The Titanic was began in 1995 and was funded by...

It's a Mad, Mad, Mad, Mad World is a 1963 American comedy of all times. It is considered an epic film  of all time. The film was produced and directed by  Stanley Kramer. The great star of all time Spencer Tracy  did wonderful performance with other stars. The rest of the cast was  Edie...

The Wizard of Oz is a 1939 American fantasy film produced by Metro Golden Mayer productions.it is based on a 1900 novel The Wonderful Wizard of Oz .Judy garland played as Dorothy Gale in the leading role of the movie.She was accompanied by the stars like s Terry the dog, billed as Toto;Ray...