Microsoft is trying its best to keep intouch with its tablets and mobile phones. Windows 10 is a great new operating system. It gives you all the lovely features of previous windows 8 and windows 7, but also it offers a whole lot of new features with better security and a good new user interface .. 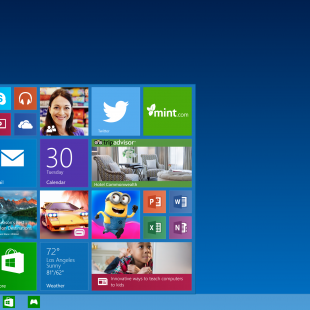 Microsoft has just unveiled its next window version on September 30, 2014. Windows 10 is choose to skip a version number and jumped from 8 to 10. Consideration about that final version of Windows 10 launched would be expected in early quarter of 2015 while its technical preview has been already release which would be ..